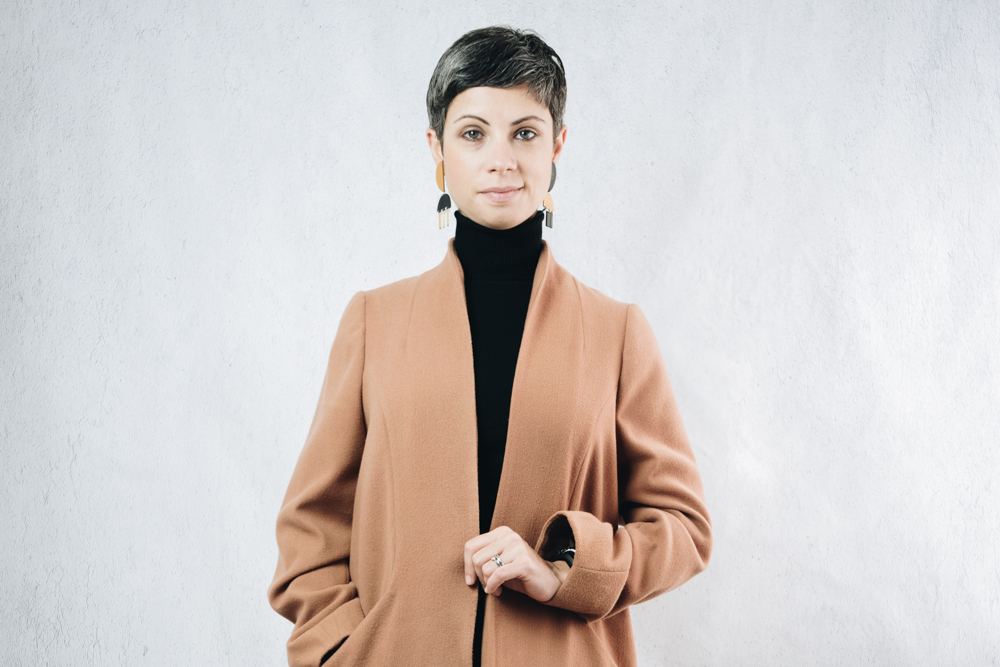 [GIFTED] Last week I was a bit down about blogging about sewing and sustainability and style in these dark times, but hey ho, a week of lockdown puts things in perspective. We’re going to be here a while, folks, and if I’m waiting for normal life to resume, I might disappear into blogosphere oblivion before long. So here I am with some ‘lalalala hands-over-ears’ mindless distraction talking about sewing.

So, for your viewing pleasure, here we have the Dawson Coatigan from Thrifty Stitcher, a project that was soooo long in the making and soooo long in the blogging as well (I’ve had the pictures ready for months). Now just waiting for the opportunity to wear it where other people than my husband can actually admire it. It might be perfect for when we come out of lockdown in September (sorry, a bit of gallows humour I could not help).

DISCLAIMER: I was a sample maker/tester for this pattern, and I was offered a digital copy of the final pattern (I made the garment using an early hand-drawn prototype). Claire Louise Hardy, aka Thrifty Stitcher is a close personal friend. I was not asked to review the pattern by the designer, and all thoughts are my own.

I met CL Hardie, the original sewing producer of the Great British Sewing Bee (seasons 1-4), after I was a contestant on Season 3. We stayed in touch afterwards and since became close friends, united by our common love for sewing, talking loads and loads and sustainability.

I used to go to her North London studio now and again to sew and gossip and drink tea. It was during one of these outings that I got a chance to pattern test the Dawson Coatigan for her, during the pattern development process. This is the garment that I made during that session, that I took home to finish.

More than 2 years later (shock, horror!), here we are, with a finished garment.

I loved this pattern as soon as CL sent me the sketches. It has what I call CL’s trademark curved pockets (like in the Drapey Dress from the Sewing Bee Season 3 book), some very nice dart detailing in the back and on the sleeves and an interesting collar.

This is the pattern description: The elegantly tailored Dawson coatigan will take you seamlessly through seasons, and introduces soft tailoring techniques with sophisticated pockets and interesting dart details.

And so it does. I would recommend this pattern for intermediates and up.

I made my version from an initial hand-drafted copy, before it got graded, so I’m not sure what size I am exactly, maybe a C. I’m normally a 38-40 European and 10ish UK.

For the record, my measurements are:

I also cannot comment on the instructions, as I did not follow the final pattern ones. I saw them afterwards and I think they are very clear, but again, I knew what I was doing when I sewed the garment, as I had CL guiding me in person. To note that they are based on photographs, not diagrams.

The fabric was swap with CL, as the one I had brought to the studio to sample the garment wasn’t really that suitable. She had this one in her stash, as I offered her another piece from my stash in exchange.

It’s a medium to heavyweight brushed polyester coating, that sews really nicely, with a good drape and no wrinkling.

I also wanted to line it, to make it more like a proper coat than a coatigan. So I used this golden brown lining from my stash that was just perfect.

I don’t really want to talk too much about alterations, because I was working on development sample, that fitted me pretty spot on from the bat. I had sewn the outer shell at CL’s, but then took it home and added the lining.

I had to draft the lining based on the main pattern pieces, and as both the front and back are made up of two pieces each, it was a bit complicated, as well as accounting for the facings and pockets.

After I put the lining in, the sleeves looked too long, so I took off about an inch from the edge. I’m not sure if the sleeve length was changed in the final version though.

The only thing I miss with this is a bit of a closure. It’s meant to be worn open, but I could never get on board with that for coats or even cardigans. I’m always cold, so I really like to have the option to wrap myself into a coat. I have been mulling on what kind of closures I can put on, maybe snaps or some sort of toggle. I have been scouring eBay for inspiration, but nothing so far. Please shout if you have any ideas.

I don’t think it’s a very complicated project, but it’s not a one-day sewing one either. There are some really cool details, like the darts in the back and sleeves and the curved pocket.

I definitely made my life harder by adding in the lining, and that’s why it was on my mannequin for almost a year. It took me a while to stop procrastinating and draft the lining, then cut it out and then assemble it. The shell was already constructed from the session at CL’s studio.

If you are not lining it, it would be a nice touch to bind the seams with bias tape (Hong Kong seams).

I still feel like I haven’t mastered bagging the lining properly, as I had to do some jiggery-pokery to get everything to line up properly. I’m not sure if it’s my sewing technique or my drafting one, but it’s done now, so I am ready to let go.

I am also slightly unhappy with how the front hangs, but it’s totally my fault for easing in a slightly too short facing, so it’s curving up a bit and making the edges stick upwards. I pressed the life out of it, but it only sorted it so far. Again, live and learn.

I finished it last autumn but it was already too cold to wear it out (especially with the lack of closure. So it never got actually worn outside, which is quite sad. Given that lately, I’m only wearing lycra when going out (exercise gear and trainers), I can’t see when it will get its maiden outing.

Which is such a shame, because I would really love a nice camel coat in my wardrobe, and getting loads of inspiration from Pinterest on how to accessorise it.

It’s not perfect by any means, but I think that’s mostly my lack of skills than the pattern. It was such a perfect combination between the pattern, fabric and lining!

I really love this version made by Camelia from Calcedonia Sewing. I think it’s such a great make, perfect pattern and fabric combination! Really nice work that does the tailoring detail great justice!

TELL ME WHAT UFOS ARE YOU WORKING FROM THE LOCKDOWN WHEREVER YOU ARE? IS LOCKDOWN THE BEST OR WORST TIME FOR UFOS?

You may also enjoy:

This site uses Akismet to reduce spam. Learn how your comment data is processed.